Casablanca, Morocco, on the 25th of July 2010. The weather was cold with a brisk, heavy breeze as if you were walking down a busy street in New York City on Christmas day. After a long gloomy night, the shiny, beautiful morning arrived at 5:15 a.m. The closer one moved toward the seashore, the colder the weather got.

The loud horns of the passing ships near the shore interrupted Rashad’s dreary dream. He cracked his eyes open at 7:00 a.m., on the dot. The sun radiated on his body, but he felt frozen. A dreadful fear snuck into his heart causing it to skip a beat. With no reason to rush and get up, another day of unfulfilled dreams began. His sleepy eyes scanning his surroundings reminded him his reality was worse than the miserable dream. He twisted to unfreeze his body. He needed to restore his mind so he could regain some trust in his fleeting bravery.

He picked up a round, shiny tin can lid lying beside him on the sand. As he gazed into it and glimpsed his reflection, his depression deepened. His fuzzy, dark, long hair took a spiky form on his unkempt head. It looked like snowdrifts of dandruff. Last month was the last time since he had a haircut, and that was paid for by a stranger who felt bad for him. Sniffing his hair, he was not sure if it smelled like dead fish rotting along the seashore or like burnt chicken feathers. Above the utility pole next to him, a family of blackbirds twittered all the melodies they could remember to celebrate their freedom. Rashad dreaded his freedom. He pushed himself into a standing position after many attempts of changing his mind. With the little pride he had, he folded his makeshift bed, a double paperboard given to him last month by Ahmed, a kind-hearted grocer.

Before starting the day to face his bitter reality, he preferred to draw a line of thoughts and set a series of memories and probabilities of what he was about to do that day. His mom’s death in that tragic, fatal accident had left a burden on his shoulders. She died while she was coming back from work; a reckless bus driver took her life. This tragedy was broadcast on TV which deepened his grief.

Rashad remembered how his mom caressed him in her arms and wiped his tears. She had a great impact on him. Amina, his mom, taught him to look at the cup half-full. He tried his best many times, but his dad’s new wife was unkind and hard to deal with. She was Amina’s best friend who visited her almost every day. She was their neighbor and knew his mom. Amal, the new wife, was jealous that Amina had a family and a rich husband. She would flirt with Rashad’s dad in the elevator whenever she had a chance. Thinking that she loves him, Ibrahim, his dad, married her hoping she would replace his son’s mom and offer them the love they had lost a year ago. Ibrahim’s plans did not work out at all.

When his father went to work, she stayed with Rashad and continually found fault with him and nagged him. She even beat him once because he referred to her as a maid; she was so violent and rude to him.

“You are not my mom, and you will never be her,” Rashad said. His loud voice trembled.

“Do you think I want to be your mom? I married your dad just for his money, and I hate kids, by the way,” she said.

Rashad escaped to his room and cried that day more than the day his only dog Rex got hit by a car three weeks before his mom’s death. He felt alone. He always thought his room was small, stuffy even, but now he could see how large and empty it was without the presence of his mom’s love to make it feel warm and cozy. His room was dimly lit with vintage wall sconces that hung on the mute-colored walls like earrings. In the corner, there was a bookshelf his mom bought him for his 11th birthday along with some books to encourage him to read. An antique couch stood opposite his bookshelf. Soccer pictures hung all over the place on the wall. He used to play soccer every day after school when his mom was alive. He sunk on the couch and looked as if he was melting.

Tears flooded his almond brown eyes. Suddenly he remembered his mom’s golden advice—look at the cup half-full. After his dad came home from work, he called Rashad’s name to eat dinner. Rashad refused to come and yelled he was not hungry. “Do you know why he does not feel ok, Amal?” Ibrahim said.

He went straight to his son’s room and entered without even knocking. “What’s going on, my little Rashad?” he said.

“I miss my mom, every minute, hour, and day,” said Rashad. Tears trickled down his cheeks.

“Listen, my little Rashad! Life had got to give you some good apples along with rotten ones for balance,” his dad said.

“She has beaten me again, Dad; your good-for-nothing wife treats me like garbage when you are gone and will be nice the minute you enter the house. She is a snake, Dad. She is a witch!” He shouted so she could hear his true, innocent words.

To show that he was in charge, Ibrahim slapped the poor kid. His wife did not intervene and wipe his tears. On the contrary, she was happy because she hated him. Rashad wanted to flee that house for he felt unsafe with Amal. His dad taking Amal’s side was his breaking point. So, he finally left the house for good without looking back!

He finally decided to start his day. He felt a strange feeling all over his body that something special was going to happen. He stopped by the grocer to buy some facial tissues—the same grocer who gave him the double paperboard. Every day Ahmed gave Rashad seven pieces of facial tissues for him to sell in the central city where a lot of traffic lights were, knowing that Rashad would repay him at the end of the day. He had been selling these tissues for two years, so they had built their trust.

At 8:00 a.m., Rashad headed towards the center of the city as he rode on the bus. He hated this because his mom was killed by a bus. But on the other hand, that was the only transportation he could use. He would jump in the back door, so he did not have to pay.

He finally arrived after a forty-five-minute ride. He started knocking on peoples’ car windows asking them to buy the tissues. Nobody dared to open his window because of the freezing temperatures. He sat on a cold rock waiting for the light to turn from green to red. A blue, window-tinted Mercedes pulled up next to the traffic light pole. As Rashad was approaching the car to knock on the window, the driver rolled down the window. Rashad was shocked; he froze.

Before going to work, Ibrahim would drive through town hopeful he would find his son one day. Ibrahim spotted this special striped shirt and khaki pants he bought for Rashad on his birthday—the last clothes he saw his son wearing. He knew he had found Rashad. As Ibrahim opened the window, Rashad recognized his father despite a couple of new gray hairs and reacted with a bittersweet smile and turned to leave.

“Wait! I want to talk to you. I was looking for you everywhere, every day,” his dad said.  He raised his voice trying to stop Rashad from walking away.

“You are blocking the way; the light is green,” Rashad said.

His dad climbed out of the car after parking it a couple of feet from the traffic pole. “Give me another chance, please!” his dad said. “I divorced her. I discovered she married me just because of my money. I caught her many times buying expensive, unnecessary stuff for her and her family and charging those items with my credit card. She stole 10.000 DHS ($1000) from my checking account and put it in hers!  She was deceitful and untrustworthy. You were right, and I was wrong, Son!” he said. He grabbed Rashad and pulled him close to him.

A simple, warm hug on this cold day awakened Rashad’s emotions that had been buried for two years. While in his father’s embrace, Rashad peered at the heavenly skies above him and imagined his mother’s smiling face. His anger, his resentment, and his disappointment vanished.   He felt such a miraculous relief. He smiled. He knew his mom would be proud of him for respecting his dad and giving him a second chance.

Do we value our teachers ? 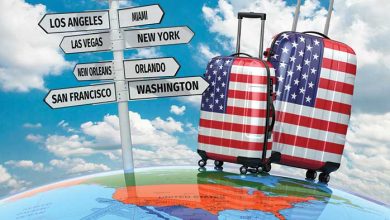 “Why did you come to America?” A Memoir

On The Importance of Memory in Learning

is a teacher of English and a senior sales consultant. He got his diploma in international commerce and a B.A in English linguistics from Ibn Zohr University, Agadir. His writings take the form of articles, poems, and memoirs. He is the president and founder of Morocco Pens.
By Ayoub Kadi
Recent Posts
Facebook Twitter WhatsApp Telegram
Back to top button
Close
About Ayoub Kadi

is a teacher of English and a senior sales consultant. He got his diploma in international commerce and a B.A in English linguistics from Ibn Zohr University, Agadir. His writings take the form of articles, poems, and memoirs. He is the president and founder of Morocco Pens.
By Ayoub Kadi
Recent Posts
Close
Close
Log In