Omar Bihmidine is a high school teacher of  English. He holds a BA from Ibn Zohr University, Agadir. His writings take the form of short stories, poems and articles, many of which have been published in Sous Pens magazine  and  ALC Oasis magazine in Agadir.

In our Moroccan culture, a woman flies into raptures the minute a suitor seriously asks this question. “ Oh! You are so lucky! I’m so happy for you,” women tell the girl who has just been proposed to. “You will make a good bride. Oh, how beautiful you are!” women add. This is an aspect of our culture, but I’m afraid it is growing less common. “ Will you marry me? “ is easy to utter nowadays. And those who utter must either be serious or be laughed at.

Here, my friend Anass’ story is totally different. As he often tells me, his biggest problem is that he has loved a great deal. He has loved any girl who is well worth loving. He has not loved them simultaneously, of course. He often stops loving a girl the minute she says No to his ready-made question, “Will you marry me?” “No” remains the mystery to him as an endless cave to a prospector. He is such an impulsive man. He is always in a rush to pose the question no matter what it would cost him.

What I admire most about him is that he is naïve, credulous, innocent and frank. As a primary school teacher in Ifrane Atlass, south of Agadir, he has already beheld natural beauty. He has taught beautiful girls who are still too young for marriage. But, he is impatient to wait for them to grow up and then he can ask them the same question, “ Will you marry me?”. His disappointment and failure to receive a positive answer has exhorted him to remain hesitant to pose that question again.

“ What is wrong with me? “ he often thinks to himself. “ Only the girls I love say no to my question, while those I have never loved say yes, “ he wonders. Is this also one of the wonders of life? We do not love those who love us, but we love those who do not love us. Oh, how paradoxical? I have learned great deal from my friend’s real love stories. I always wonder why we quote the saying that goes: Absence makes the heart grow fonder.

Does this mean that we should be absent from each other so that our love and passion grow fonder? We must not make generalizations, though. Here, we are simply relating Anass’s stories. For Anass, saying no to “ Will you marry me? “ makes his heart grow fonder. At times, he thinks that he has to renounce some of his conditions that he set for the future wife of his dreams. One of the things I also like about Anass is that he has never given up hope to ask that question over and over again. Beautiful and educated girls rarely live up to his expectations.

Anass is so self-confident that he has dared to pose this question to the most beautiful and educated girls he has ever met. “ You are like my brother, “ and “ I am not thinking about marriage” are the answers he often receives. He has tried his hand at contacting the girls who in his eyes are not quite beautiful and who dropped out of school. They all expressed their eagerness to marry him.

Anass feels confused about meeting two categories of girls : those who say yes to his question and those who say no. He reiterates that those who say no are his dream girls, but regrettably, they refuse to be part of his future married life. Those who say yes to him, for him, are usually uneducated. According to him, they also lack beauty. Anass must be wrong. He must be too particular about his choice of his future wife. He is not perfect. So, why is looking for a perfect girl who doesn’t exist, either. Yet, he has not given up asking,” Will you marry me?”.

Anass was once told that beautiful women are like shadows. If a man follows them, they run away. And if a man runs away, they follow him. From that moment onwards, whenever he fails to bait a heart of a woman after asking her that question, he tries to run away so that she may follow him. Yet, they turn out not to follow him, unfortunately. This apathy grieves and rends his heart many times. “Oh, this idea doesn’t work for me! “ he said. He gave up this idea and tried his hands at many other ideas which all came to no fruition.

Instantly, I reminded him of Flaubert’s novel Madame Bovary and that of Maugham The Painted Veil which broached upon the same issue, that of failing to make a woman fall in love with you. One of his friends once advised him, saying “ Do not marry the girl you love. Rather, marry the girl who loves you.” How can I marry a girl I do not love? If I do, my marriage must then be doomed to failure, Anass responded sadly. Gamophobia is common nowadays. He thought that he needs to take time and never hurry. Some girls have an irrational fear of marriage. Oh, I must take that into account, he thought to himself.

“ Will you marry me? “ he asked his cousin. She too said she is not thinking marriage for the time being. He posed the question to five female teachers, one following another, and they have said the same thing his cousin said. He then asked for the hands of the daughter of a Sheikh at the local mosque, but he was stunned to learn that another suitor had already proposed to her. The Sheikh set the condition that the suitor must either be a Fqih or a merchant. Unfortunately, neither the suitor nor Anass met the condition.

Upon reading the Painted Veil, Anass came to learn that as Maugham was trying to convey through the novel, if a man fails to attract a woman or convince her to marry him out of love, it is he to blame, not the girl or the woman. Afterwards, he has set to discover himself, particularly his personality. They may not like my defects and imperfections, he thinks to himself. But, don’t people say that love does not ask why. It just comes all at once as Celine Dion put it in one of her romantic songs. “ This is why I don’t preen before the mirror before meeting the girl of my dreams and asking her that question, “ he explained. “ No one is perfect. And I don’t have to be, “ he added.

Sometimes, Anass has to delude himself that the being loved by the beautiful girls he has at a certain point loved does not matter. What matters, he often reminds himself, is that he has loved, and that’s all. Just loving a girl is an achievement, he consoles himself. Just daring to love and asking “ Will you marry me? “ is something not all men can do. Anass has begun to calm down himself, priding himself on his experience at loving and the art of loving which not all people master. It is not easy to love truly and genuinely, he once told me. I know personally that he must have learned this from Paulo Coelho when the latter said that “People who love in the expectation of being loved in return are wasting their time”. At last, Anass knew that he had simply been wasting his time in the hope that those he loved would love him in return.

He has changed his mind as regards the issue of love. He has now mastered the art of loving those who do not love him without feeling any pain. He goes on to believe that loving is better than no loving whatsoever. Yet, what still remains a mystery to him is marriage. Don’t all young women cherish marriage as we are often told, he asked himself. I have proposed to several beautiful girls, but they say that marriage isn’t their current concern, Anass said.

As for those I do not love, they ask me, “ Aren’t you thinking about marriage, Anass?”. “ Not really!” he tells them. Probably, we have to marry those who love us, not those whom we love, for those who do not love us love others. And those others do not reciprocate love, either. The chain goes on. He finally knows that it is he to blame for being too particular about love. One should not, he reminds himself.

Some say marriage is the institution of failure. Others say it is the source of all trouble. Why should I bother myself then to carry on asking, “ Will you marry me?”, he asked himself. I must enjoy myself having polyamorous relations before settling down when I am in my forties, he thinks to himself. My friend has finally made up his mind to desist from asking the question which he thinks is frivolous to ask nowadays. A couple of days ago, Anass met a beautiful teacher of French while on his trip to Rabat to take part in a protest there. He fell prey to temptation again. “ Will you marry me?” he asked her. 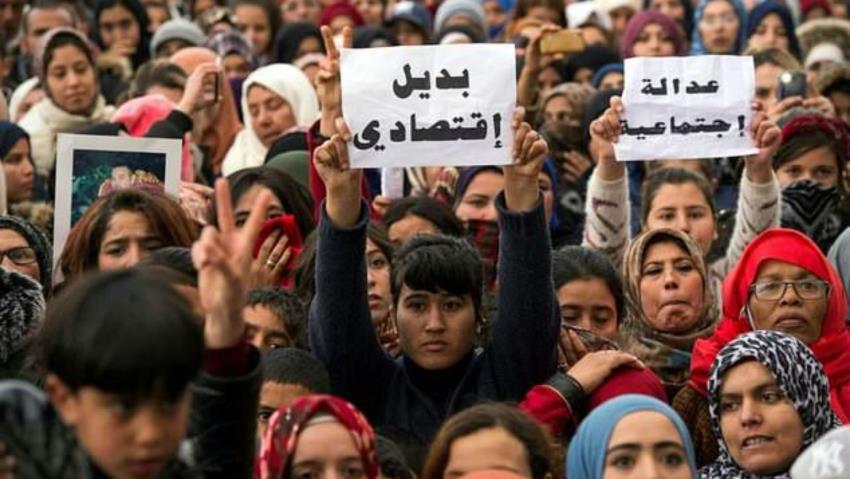 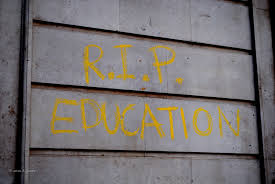