…….. As we got out of the car, the man in charge of the parking addressed one of us with a very unique and strange Moroccan accent mixed with some words of Spanish origin. We were shown the right place to park the car and went downward to feed our belly which started its usual midday melody.
At the restaurant, most of the waiters were originally from the region. They found it easy to be close to their clients as they exhibited a good mastery of communication techniques no matter how malicious and tricky some of them were. We were aware of that somehow because that was part of our common sense. We were offered the menu list, and each one of us was asked to point to his favorite food. We were served various types of meals, some of which were originally Spanish. Also, we found it hard to decipher some food names as they were written in the Spanish language, a language that we always coin with colonialism and bad intentions towards Morocco on a large scale. We satisfied our bellies’ needs and then left for a short stroll in the local clothes shops.
The scene at the market was no more than an amalgam of different goods, most of which were imported from Europe, namely from Spain. We ventured to buy some clothes and then resumed our outdoor trip by heading toward the neighboring city of Mdiq, another small clean city. We moved along the coast and could see the bewildering scene of the static waves of the Mediterranean ocean. Soon afterward, Mdiq appeared in the horizon.  It was a white small city that bewitched its visitors. We had a short break then proceeded to Martil, another pearl in the Mediterranean coastline.
We got out of the car and headed toward the beach for a short walk. Some of us couldn’t wait to hug the smoothly moving waves of the sea. Later in the afternoon, we sat together beside the beach to have some drinks, but more importantly to let free our ideas be shared and discussed. We went through different topics and issues ranging from politics and economy to religion and culture. In the evening, we had a chance to visit a shopping center in which Indian products were exposed at a reasonable price. Each member of the group would have his share of the purchase.
We could stay for a day or two in this beautiful city. However, our itinerary said otherwise. We were in a sense obliged to say farewell to this part of the Mediterranean coastline and head back to Tangier. At that time, we changed our direction to let us cast an eye on Tetouan. This latter is a city which was mostly known for its beautiful women and its great historical and cultural heritage.
No more than an hour was needed to get back to our first spot in Tangier. We were exhausted but in a way amused too because of the nice moments we witnessed together in a very lively and stress-free atmosphere. The enjoyable moments we spent together were in a sense a relief and cure for the strenuous work and the multifaceted troubles we had gone through the previous year. Thus, we were more comfortable rather than tired.  We joined other friends and happened to spend enjoyable moments.
The following morning, we had our breakfast around lunch time. We tried to enjoy every single minute spent. After some quarrel-like discussions, we agreed upon sightseeing and then ate our late lunch in one of the famous restaurants which was said to rely on natural products and ingredients. We enjoyed the meal and went out for some fresh air beside the beach. The scene of the European coastline in the other part of the Mediterranean Sea was bewildering. We enjoyed our drinks and had our usual discussions which were often governed by mutual respect and understanding despite all the differences which might arise. We went back to have some rest and started thinking about our return.  We felt that we needed to stay longer. However, we were obliged to resume other obligations and put an end to our unforgettable trip. We started our departure back to Rabat. I personally felt great delight to have enjoyed my friends’ company and came to believe that travelling has many gains.

Assessment in Morocco: where to?

Do we value our teachers ? 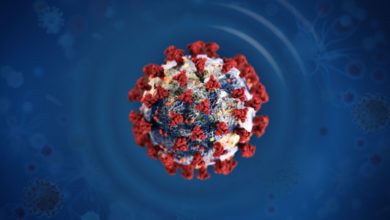 Aouzane’s Contributions to the Fight Against COVID-19