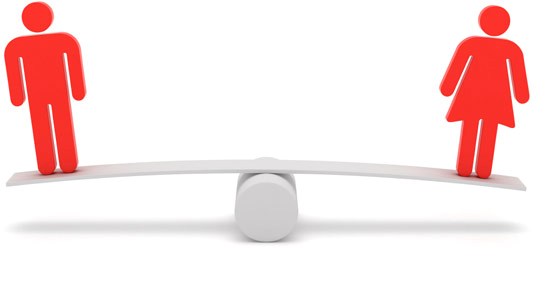 All of us know none of us are perfect. No matter how hard we may try, both sexes tend to get on each other’s nerves at times.  This is just human nature.  Good relationships are dependent upon both men and women learning to accept our idiosyncrasies.  Women can sometimes make their men crazy though without really meaning to do this.

Women are emotional. Their female hormones often are the cause of this problem.  Because of this, they tend to suffer from mood swings. One minute they can be happy, and in the next moment they can become upset and start crying.  These behaviors and mood swings can drive their men crazy.  Men never know who they will face at any given moment—Sweet Snow White or the Wicked Witch of Oz.
Women also tend to talk a lot.  The love to talk, but men want them to get to the point they want to make quickly.  They really do not want to hear every little detail of their women’s days. The kinds of questions women ask them are often very frustrating to them as well.
When their women ask men silly questions, speak in a code men really do not understand, or say the opposite of what they mean, the women often do not get the answers they want.  This upsets the men, too.  “Do I look fat in this outfit?  Am I prettier than the girl you dated before me?  Why did you marry me over all of the girls in the world?  What is the one thing you do not like about me?  What are you thinking now?”  All of these are “loaded” questions that drive men totally insane. They often are forced to lie just to keep peace with women.
Nag, nag, nag!  Men also hate for women to nag them about things they want the men to do that men are not ready to do.  The problem is women tend not to give up until the men either do what they want or there is an argument.  Thus, these problems in communicating with men tend to create serious and aggravating situations at times.
Women want to be attractive for men, but their idea of what is attractive is not always the same as the men’s.  Most men feel women wear too much makeup and prefer them to look more natural.  Women think they must be thin, but most men like for their women to be fit and healthy and love them to have their curves as well.  The perfect body is not a requirement for them to think their women are attractive.  Most men also get upset when their women chain smoke or drink excessively and become sloppy, irritating drunks, especially in public places.  Men want their women to look and to act like ladies.  When they fail to meet these expectations, men are confused and disappointed in their women.
Men love to spend time with women, but like most women, they do need their space—some time to do what they want to do without their women.  In reality, men need for women to understand that hanging out with their male friends, watching a game or car race on TV, working out in the garage, or playing golf on a Saturday afternoon are activities they need to do to de-stress from their busy jobs.  It has nothing to do with how much they care about their women.  Therefore, when women constantly demand their attention at these times or times when they are involved in their work, this increases their stress levels and causes them to feel moments of insanity.  Men do not like it when women are too controlling or too needy.
Most men today try to be open-minded about the friends women have.  In many societies it is acceptable for women to have male platonic friends (ones with whom they are not romantically involved).  However, men can get jealous if their women spend too much time with other men or talk about these men or ex-boyfriends too much.  Women are the same about their men having other female friends; men often remind their women of this fact. Men really get unhappy when their women allow their female friends to give advice on how to deal with men. Often female friends cause problems in male/female relationships in the minds of men.  Thus, men want their women to think and to be wise in relationships with other people, whether they are males or females.
Just as women love to receive gifts and compliments, so do men.  Men need to be reassured about their appearances, too.  They need to feel attractive, so women need to tell them how great they look and how much they are appreciated frequently.  Also they love gifts but do wish women would be more considerate in selecting gifts which will make them happy.  Shirts and ties are the types of gifts women want them to receive. In reality, this is not necessarily what men will be thrilled about receiving. Two tickets to a football game would probably be a much better gift. They want a woman to think like a man—not a woman—when giving them gifts.
Finally, men dislike it when women criticize or find fault with their male or female friends.  Men are loyal to their friends. Thus, whether or not women like these people, they must be careful what they say about them.  Men get upset when their male and female friends get bashed or verbally attacked.  They sometimes believe the real reason for this unfair critique of their friends could be foolish jealousy.  They prefer for women to be more open-minded and refrain from hurtful criticisms and comments.
In spite of all of these things women do to aggravate men, they still remain in their lives and desire the companionship of women as much as women need them.  It would be a boring relationship between men and women if conflicts did not occur every now and then. Thankfully, most of these irritations are easily resolved, or men just simply learn to live with them and with the women they love.

WHAT IS A MAN?

Oh, Men, How You Drive Us Women Crazy!