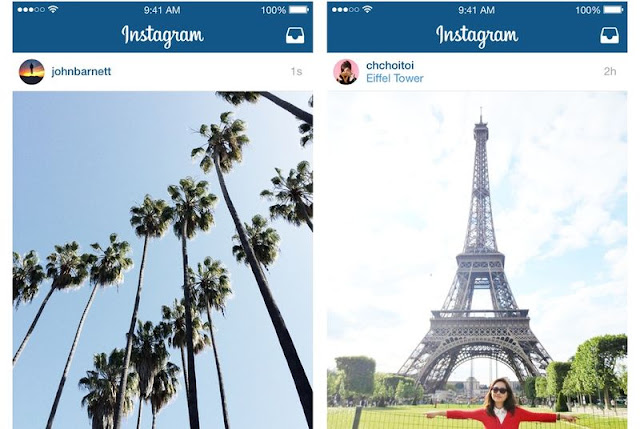 Visit the Eiffel Tower in Paris, as I did last year, and you’ll see tourists contorting themselves to try and fit the length of the monument into Instagram’s iconic square frame. Even after Instagram began letting you shoot in landscape mode, you could still only share your work as a square. That all changes today: Instagram is updating its Android and iOS apps to enable native support for full-size landscape and portrait photos and video inside the app. They’ll run alongside the traditional square photos, which will remain the default for photos shared on Instagram.
When you access your photo gallery from within the updated app, you’ll now see a format button above the camera roll. You can use this button to toggle between square and full-size images. From there, you can zoom in and out to choose the best crop for your photos.
Instagram used square photos to distinguish itself
Initially, Instagram adopted square photos as a way of distinguishing itself from other photo-sharing apps. But they were also a practical choice. They helped provide a more consistent look as you scrolled down the feed, and they also looked better on smaller phone screens.

But as screen sizes have increased, and the platform has evolved to host more serious photography, the restrictive format has left many of the app’s 300 million monthly users frustrated. According to Instagram’s own research, 20 percent of uploaded photos have been modified to fit into the square frame, often using a third-party app that adds a “letterbox” effect to enable the sharing of landscape pictures. “For the average person, one in every five stories in their feed looks like it’s natively supported in our app,” says Ashley Yuki, an Instagram product manager. “Which is not great.”
Even as third-party apps like Square Sized and Squaready have gained popularity, they leave dead space on the edges of photos, making them smaller and harder to see. It can also be annoying and time-consuming to have to use a separate app to prep your photos beforehand.
It’s annoying to have to use a separate app to prep your photos beforehand
Members of Instagram’s large fashion community will likely be among those celebrating the freedom this update brings, as will anyone who has experienced the trauma of having to choose whether to crop out either their new haircut or their new shoes. But square photos, as the signature of Instagram, will remain the default mode.
The update also unifies Instagram’s photo and video filters, so now any filter can be applied to your post regardless of its format. It will be available to both iOS and Android users today.
Source

Disable the Menu Show Delay and Make Your Computer Faster