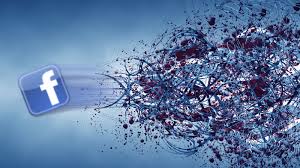 Everyone has an account on Facebook today; it has become an important part of networking. But, do you know that the comments or likes on Facebook can also be a hog wash if the post is a lie. Listed below are reasons why you must not believe what everyone posts on Facebook, read on.

1. A show off
If a particular ‘About me’ section is sounding too cool then it is purely a show off. You heard that right! It is possible that the person is trying to be too cool and that is the reason he/she has lied. It is really hard to believe this section if nothing seems right. People post this to show off and seek attention.
2. It’s the age
Most people lie about their age on Facebook. So, it’s really hard to believe the age related post. It’s quite obvious if the person looks older and the age is opposite in numbers, then that particular person is lying. You can’t believe someone who is lying about the age post, can you? So, the next time you come across this post, you know what your reaction should be.
3. Pictures can be deceptive
Everyone is aware of Photoshop. If you see a profile picture that is too hard to believe, then it is possible that the picture is Photoshopped. How would you believe in this picture? So, before liking the picture or leaving a comment, do check for the originality of the picture. You might just flatter a plain lie otherwise, so be careful.
4. The invites
It is hard to believe the many invites one gets on Facebook. Like invites that are lame and without any purpose. What if an invite you get turns out to be fake in your case. Unless, you don’t have any solid reason to believe in invites, you shouldn’t well believe or rather say yes to attending those at first place. Because anything is possible on Facebook!
5. The various causes
If you join a particular cause and believe in the cause, there is no harm. But, again it is hard to believe in all of them. Like, if the cause is from a particular group you know, go ahead and join it. But, if you don’t know anything about the cause or the group, there must be a reasoning behind this. Find out its relevance at first place before believing it.
6. For a reaction
People do bizarre things online, so it is quite possible that they post something just for a reaction. Like, if they make a caption, or a rumor which has no truth. Would you believe the post, if you see it on your Facebook page? If your answer is no, then you are in the right direction. And, if yes then you just reacted.
7. If it’s a lie
No one corrects anything which is posted on Facebook. What if the piece of post you see is a complete lie. There are many pranksters out there who do all sorts of stuff for fun. So, if you see something fishy or something which has no meaning, don’t believe it. Because not everything you see on Facebook is true.

7 Things You Can Do With Your Android Phone

Disable the Menu Show Delay and Make Your Computer Faster