Talal Belgdida is a university student majoring Linguistics at Ibn Zohr. He is originally from Rabat currently lives in Agadir. He loves teaching, tutoring, etc. and everything related to the sphere of education. He has been involved in various volunteering activities in his region so far.
FLSH Agadir as an instance.
When I was in high school, I had an absolutely foggy image about the unfamiliar world of the university. For instance, university students have unfortunately transmitted an awful picture about this educational space as being an enormous and scary destination of the poor. Hence Ibn Zohr University is the perfect example that portrays the reality of the Moroccan higher educational system.
The first aspect that would systematically grab your attention as a new comer is the unique surrounding where you can find traders selling almost everything, including but not limited to fast food, known as ‘’smelly and Delicious’’, shoes, laptops, etc. On the other side you stumble across some peddlers selling silly books that are designed basically for narrow minded readers who tend to take a quick look at their catchy titles from time to another without being convinced to buy one.
Moving on to the gateway of the institution, you come across troops of beggars who tend to come in particular periods, especially on the exam days and when the scholarships are being launched so that they can take advantage of the temporary kind heartedness of the students. This untidy space gives you the impression that you’re wandering in a flea market of a messy popular street.
Inside the establishment is not really different from the outside since most of the aspects of insanity and untidiness are present. Do not get astonished if you ever come across a forty year old woman along with her kids attending a lecture in the huge gloomy amphitheater. Do not be amazed if you ever find chairs moving around the faculty from the noisy library toward the gloomy classrooms and vice versa–let alone the stinky odors coming out of the filthy toilets. The walls of the latter demonstrate a great range of hidden and untold ideologies of some oppressed people who resort to the WC to pour not only what is in their bodies but also the left over thoughts and offensive comments that contradict the level of a fair university student.
On top of that, students here, as it is the case in other Moroccan universities, are actually divided into several conflicting parties whose major aim is to gain the satisfaction of the maximum of students. Hence tens of serious crimes occur each year because of racism and hatred amongst ethnicities, knowing that we are all Moroccans and no distinction should be made to categorize people either in terms of color, political tendencies, ideology, etc.
On the other hand and during exam days, the most comic and sarcastic plays are being acted in the amphitheaters and the rooms where exams are supposed to be taken; some VIPs never appear until the day of the exam, and they start asking around quick random queries to the professor, the expected questions, the grades, etc. Once the door is open, the students hustle to get the back seats so that no one will disturb the peace or prevent them from using their weapons freely. As for the controllers, it is a golden chance that shouldn’t be missed; it’s now when they can pick up girls’ phone numbers in exchange for turning a blind eye and deaf ear to the process of cheating.
The worst thing I can tell about university life is when the outcomes are eventually launched; at this very moment, catastrophic faults are being committed on the basis of the correction of the exam sheets. Consequently, lots of students end up being absent or having low marks in spite of the fact that they attended and did well on their exam paper, just because the hard working administration staff have confused the student numbers in the editing stage.
All these overwhelming troubles make the task harder for us students who are actually required to focus on the possibilities no matter how tough things are. We are indeed carrying a heavy burden on our shoulders, and therefore, it’s us who can bring the wind of change. It’s us who should be DIFFERENT. So let’s start with ourselves so as not to repeat the history of these stone hearted officials who are climbing the social ladder at our own expense.

Don’t Let Others Say: ‘ That Road is Better’ 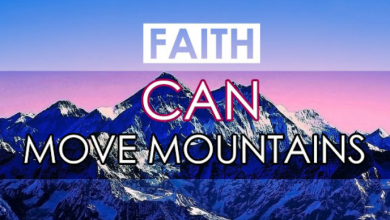